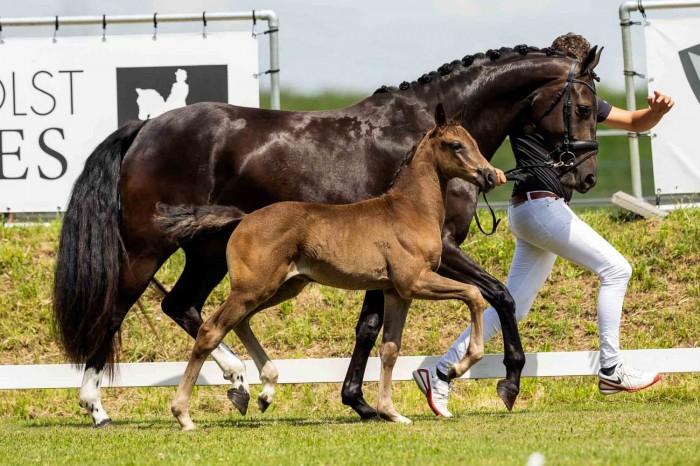 The last foal was just sold in the Van Olst Sales Online. In The Foal Edition 2022, which was created as a service for our breeders in the Corona time, 23 foals came under the hammer, 20 of which were eventually sold.

The first foal in the auction was also the most expensive one. The Kjento son Watteau van de Burggrave was sold for € 25.000,- and will move to Australia.

The second money of € 16.000,- was for the number 2 of the auction: the Glamourdale daughter Sara-Melia. This handsome filly stays in the Netherlands and will continue her career with real dressage enthusiasts.

The interest from England this year was enormous. Not less than 8 foals have been sold to this country and will soon make the crossing.

5 foals stay in the Netherlands, 3 go to Sweden, 2 go to Germany and 1 foal has been sold to the United States.