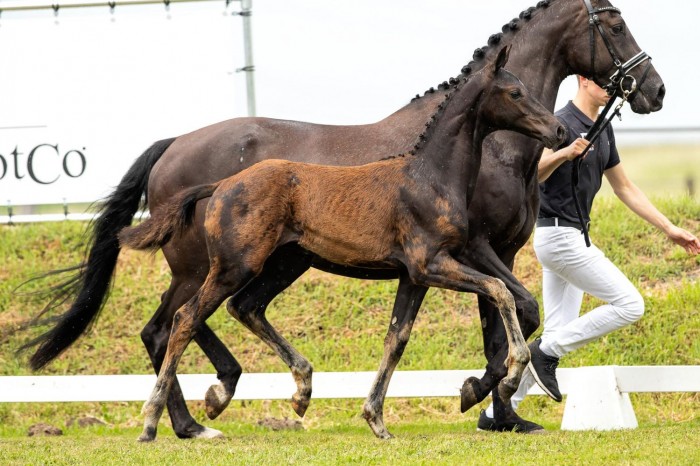 The most expensive foal of this edition is the Glamourdale son Promes and is sold to the USA for the nice amount of € 29,000.

The second most expensive foal was Pearl B, a well-developed filly by Jayson that will go to the United States. She was followed by another mare, Periona K v. Kjento. This handsome dark lady was turned down for € 14,000 and will continue her career in England. Pippendale has been sold for € 12,500 and will also leave for America. He goes to a customer who also bought Peter Pan KPD in the first foal auction.

The other foals have been sold to the Netherlands, Belgium, England, United States, Sweden, Switzerland and Germany.

The next Van Olst Sales Online auction will take place in the beginning of September and will consist of a group of 3 year old provisional keur mare's.