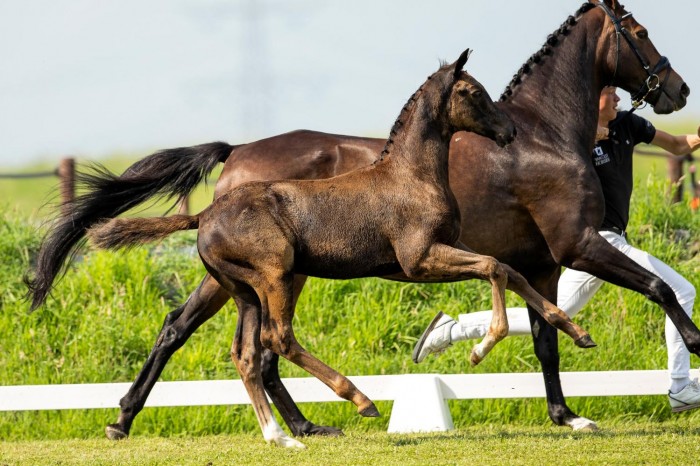 13 foals were virtually sold off during the first online foal auction which just ended. For a total amount of € 179.500,- they were sold to Sweden, Belgium, England, America, Germany and Russia. 5 foals will stay in the Netherlands. This brought the average price per foal to a little over € 13,800.

On Wednesday Van Olst Sales will announce the next collection of foals, after which they will be auctioned on August 17th.