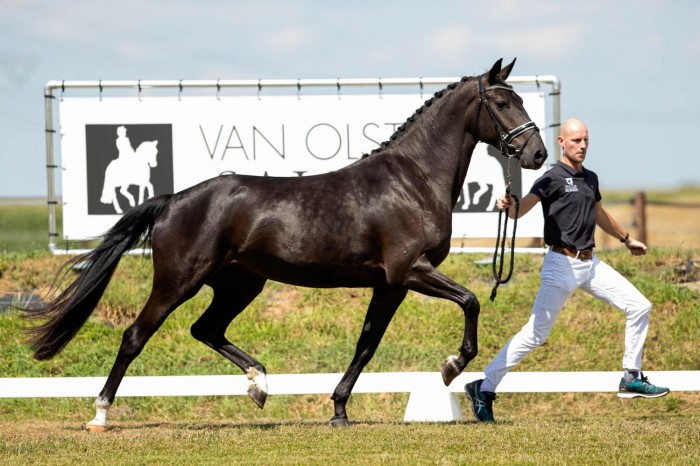 The fourth online auction of Van Olst Sales has just ended. An auction that was dedicated to three-year-old mare's that have all become preliminary keur at the recently held mare inspections. The most expensive in this auction was the black pearl and NMK mare Madonna T, descended from Diëgo out of an Everdale mare and then Chippendale's grandmother. For the nice amount of € 35,000 she’s bought by a customer in England who has already bought at Van Olst Sales before. She will now be ridden first and after that she will first have her foal.

Mystery Girl and Mabel have been bought by a customer from the Netherlands and will be ridden and prepared for the IBOP test after which they can have their foal.

Malaika is leaving to Germany for € 14,000. Unfortunately, Make the Difference is not sold in this edition.

The average price of this auction of the four horses that are sold is € 22,625.